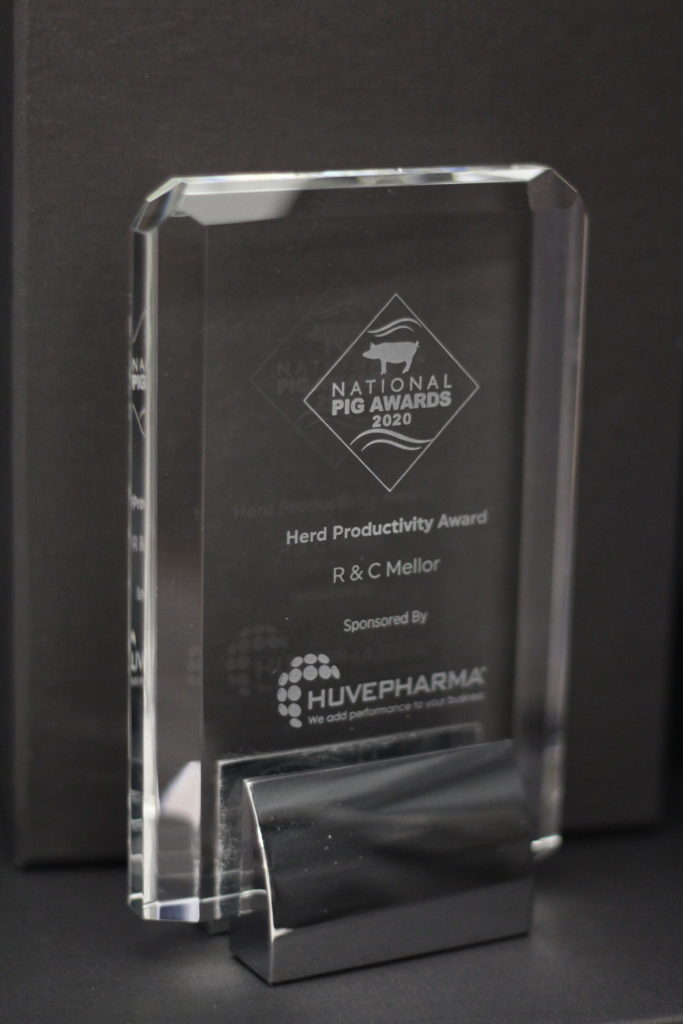 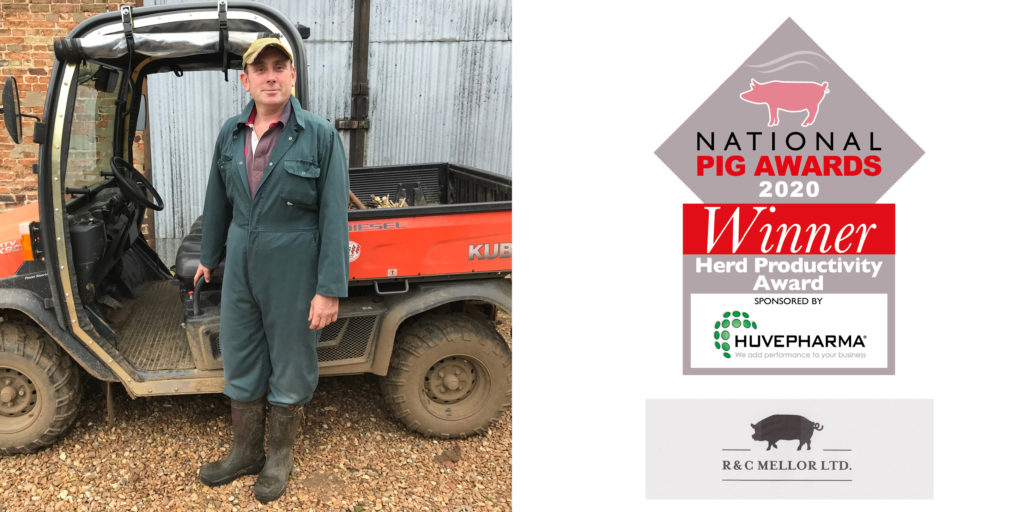 A lot of hard work has gone into achieving outdoor productivity figures in excess of 29 pigs/weaned/sow/year, according to Richard Mellor, deserved winner of the Herd Productivity Award.

The herd was producing so many pigs that Richard pinpointed two areas for improvement on last year – pre-weaning mortality and weaning weight. Mortality has held at a similar level of 10.1%, from 13.42 born alive, while average weaning weight has increased by 0.21kg to 7.86kg, and the number of small pigs has also stayed at a low level due to the fostering that takes place on site.

He is determined to ensure the piglets arrive at the finishing farm in the best condition possible, so he has invested in another tent that holds his piglets in good shape until this time.

Richard has been trying new farrowing ark designs to see if they suit his sows, piglets and, importantly, his staff and he is looking at purchasing some new plastic farrowing arcs with automatic vents that seem to do a really good job with his farrowing gilts.

Since Chloe, Richard’s daughter, took over the serving of gilts they have gone from ‘excellent’ to ‘outstanding’ with the last batch of gilts that farrowed achieving an incredible 14.5 born alive.

Richard said: “It’s a great achievement for the whole team to win this award – there’s been a lot of hard work over many years to achieve this performance and it’s a good boost to be recognised by the industry.

Looking ahead, he added: “Changing to a five-week weaning system will help us with a stronger piglet when zinc is removed from the creep diets in 2022. “In terms of challenges, biosecurity is always a topic concern, with African swine fever in Europe. The weather is always an issue, especially the last couple of years with so much rain.”