Marketing Initiative of the Year 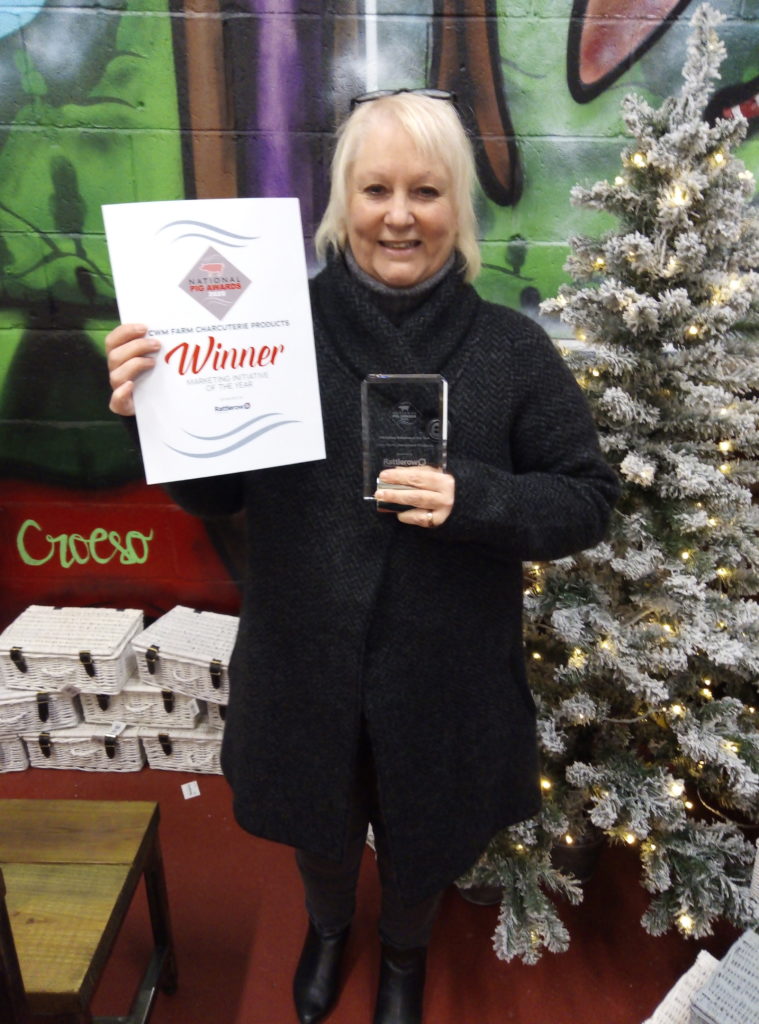 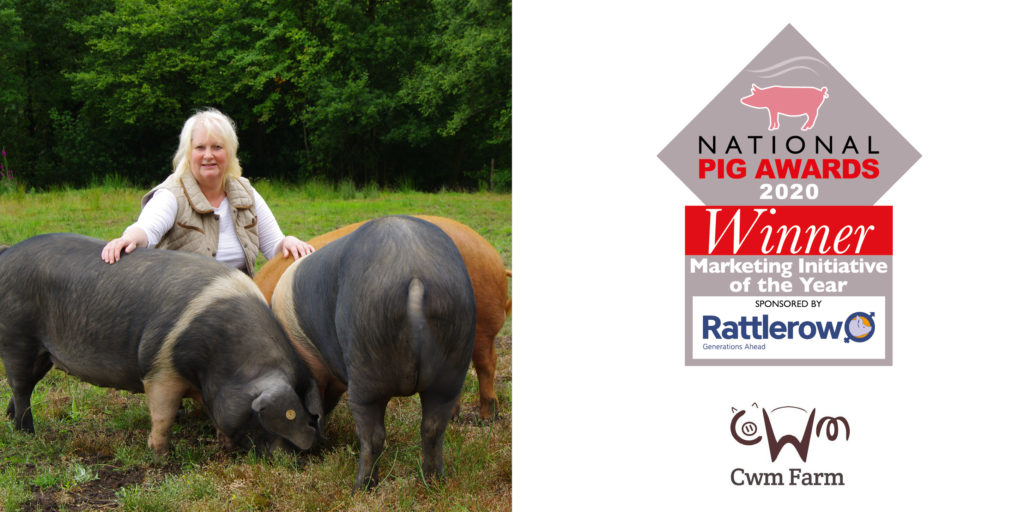 South Wales-based Cwmfarm Charcuterie Products, owned by Andrew and Ruth Davies, has been tireless in promoting the high quality products from its herd of 44 rare breed Saddleback and Large Black sows.

The Marketing Initiative of the Year Award, Ruth promised, will only provide more ammunition!

The pigs produced are all reared outdoors across 40 acres and the couple believe in growing them on slowly to mature at about two years before the meat is used for salami.

Earlier this year, the business moved to a new 4,000sq ft unit, which was four times as big as Cwmfarm’s first premises.

Ruth said: “Previously, lack of space was limiting production and storage was a big issue for us, but here we have all the space we could want. I have a little black book of ideas, but until now, I’ve not been able to make them.

“A grant, from the Welsh Government Rural Business Investment Scheme, has enabled us to not only fulfil our orders, but to move forward with product development.”

The new head office includes a laboratory, where Ruth can carry out the necessary water and pH testing, as well as a bigger drying chamber, lined with blocks of pink Himalayan salt.

Over the last four years, the business has seen a huge increase in sales of its products, with exports the main contributor, alongside an increase in domestic sales.

The business has marketed its own produce by ‘shouting from the rooftops’ on all platforms of social media.

Cwm Farm has contracts for Selfridges Food Hall and has sent a hamper to The Prince of Wales at Highgrove with a selection of its products. It has also supplied products to 10 Downing Street.

“We always want to look after our customers so they come back for more. We are also very keen on bringing out new products regularly to keep our customers interested,” Ruth said.

Her vision for the new unit is to have tasting evenings, talks, classes, events and tours and, ultimately, to create a school to teach how to cure meats and make salami.

Ruth said: “Winning the Marketing Initiative of the Year award means the world. I have already posted our win on my social media platforms, and had lots of telephone calls and congratulations. I’m about to send a press release to newspapers, radio and to anybody that will listen.

Cwmfarm is part of the Fine Foods Cluster programme, a business-led development programme supported by the Welsh Government and facilitated by Cywain, which develops new and existing micro-businesses and SMEs in the Welsh food and drink sector.