Producer of the Year 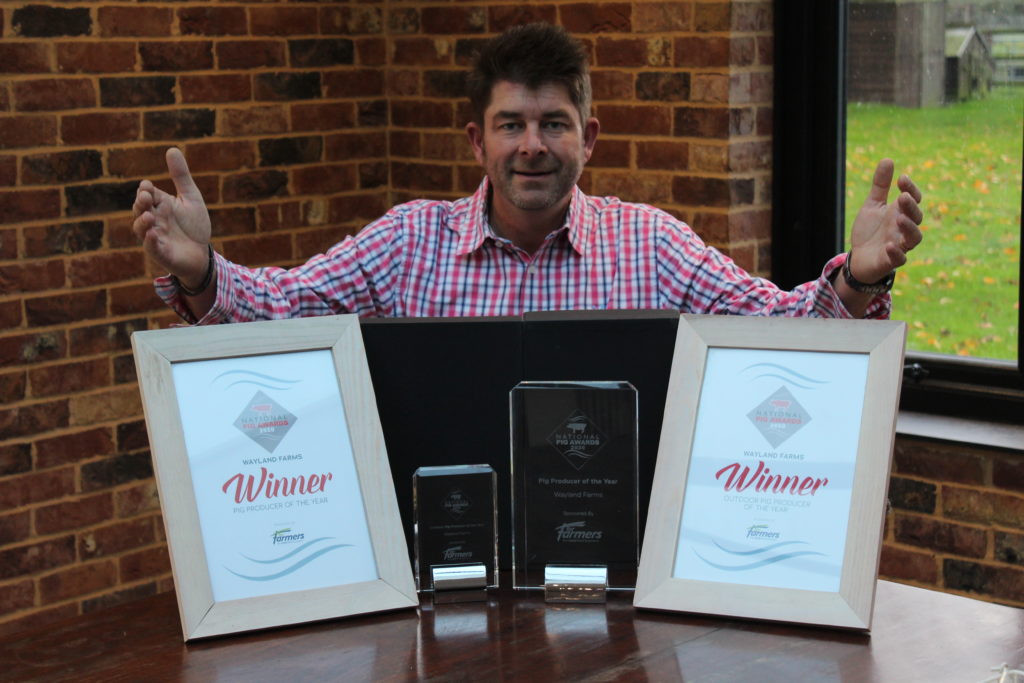 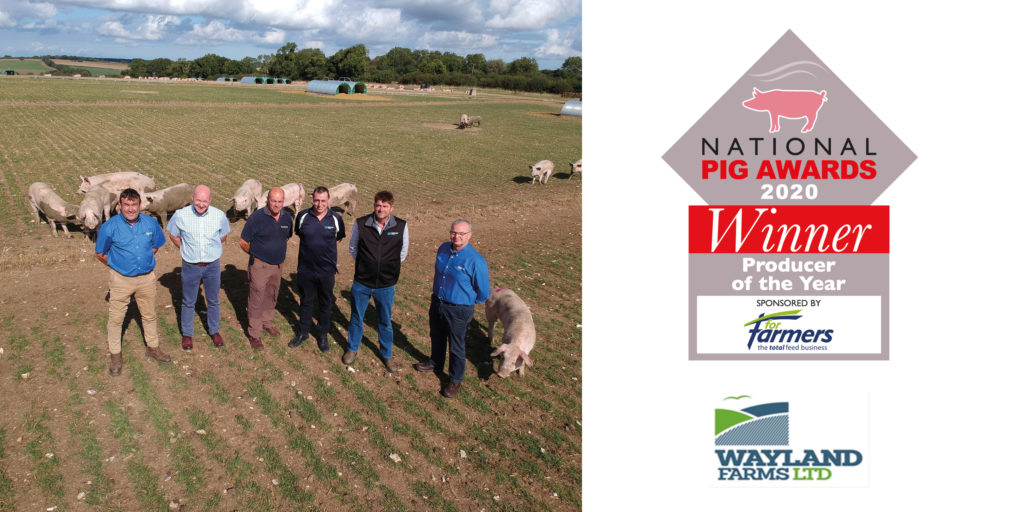 Wayland Farms’ success at the 2020 National Pig Awards is a reward for teamwork, according to operations director Charles Bowes.

“This is a great achievement for everyone at Wayland Farms to have won these two prestigious awards,” Mr Bowes said. “It just goes to show if you work as a team you can get the results and be rewarded for all the hard work you put in.”  He thanked Wayland’s contracted partner farms that support the business in supplying the highest quality pork into Cranswick’s Norfolk dedicated processing plant. “Many of these farms I have known since I was a young lad,” he said.

Cranswick, which operates over 80 sites, adopts a holistic approach, with excellent production figures – 10 in-house and two B&B units averaged 27.33 pigs sold/sow/year in the six months to May 2020 – and a strong focus on pig health, minimal antibiotic use, animal welfare, environmental enhancement, energy efficiency, reducing wastage and staff training and development.

In the last 12 months, it has invested £2.6m to improve production and sustainability, with a series of innovative projects, including a carbon foot-printing tool and partnering with another company on a rapid result pen-side PRRS test. It also monitors water use and uses tracking systems for lone workers and transport.

The business continues to look ahead. “We have planned expansion this year in our sow herds and we’re always looking for new opportunities. We’re in the process of building a new state-of-the art 7,000-place, straw-based finishing unit that should be operational in February,” Mr Bowes added.

Wayland is also on a journey to carbon net zero by 2030 and, given the ‘unprecedented disease risk’, is monitoring developments in rapid blood diagnostics.

There will be many long-term challenges, including working with COVID-19, an ageing workforce and the difficulty in recruiting new staff, planning and environmental issues, N+P reductions, water and land availability and the control of pig health and biosecurity. In the short term rising feed raw materials prices and straw availability could make 2021 another difficult year, Mrs Bowes acknowledged.  But the aim is to continue growing the business in a profitable manner, he said.