Stockman of the Year 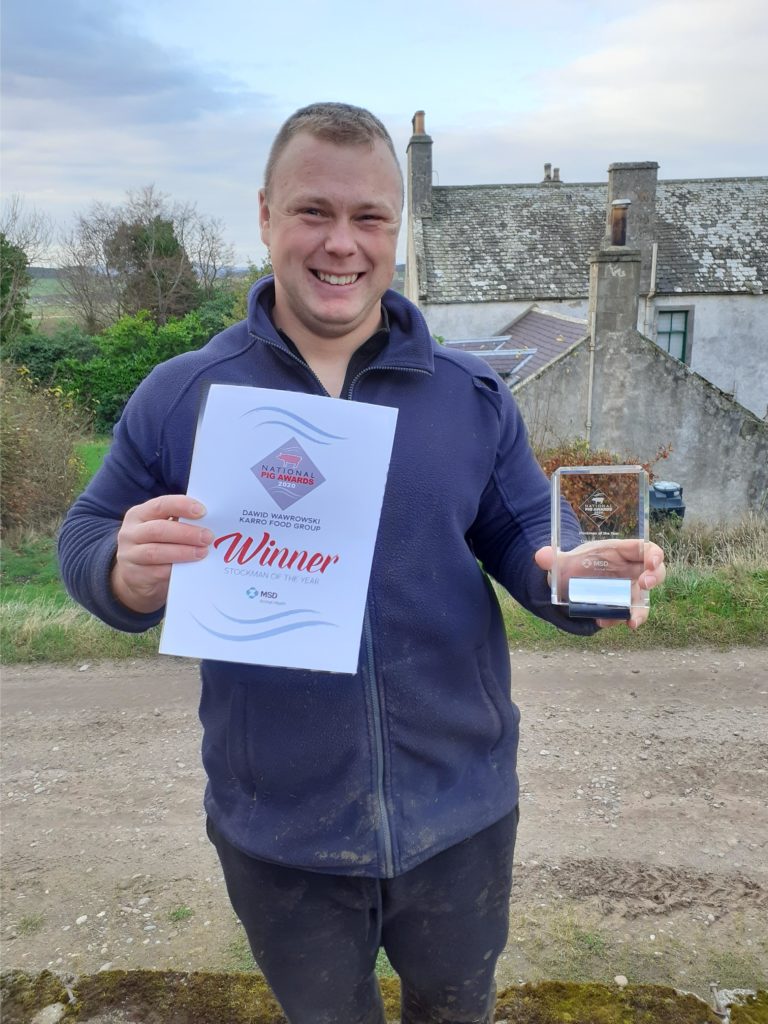 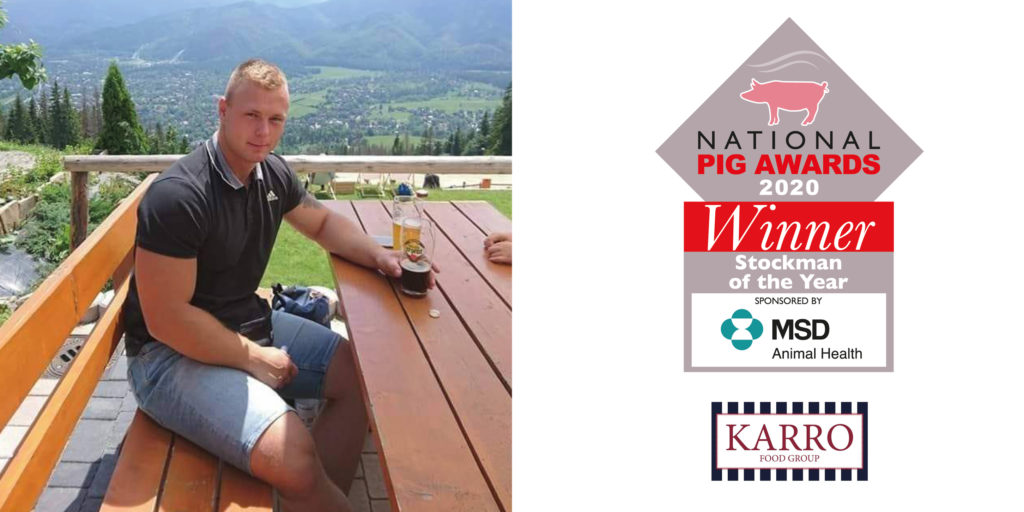 Dawid Wawrowski is a senior stockworker at Viewfield Farm, one of Karro Food Group’s outdoor breeding units, in Aberdeenshire.

Originally from Poland, he came to Scotland in 2016, starting to work with Karro in April of that year. Four years on, he is the Stockman of the Year.

“This is where I learned all about the pig job and I enjoy all aspects of it, and try my best with whatever we are doing,” he said.

The 800-sow unit produces 8kg weaners, operating a three-week batch system, with sows mostly served by AI and then housed outside in dry sow paddocks and split into groups.

Replacement gilts, which come in from a Gilt Mating Unit at eight weeks in pig, are run separately.

When Viewfield was changing from a weekly system to batch farrowing, reducing the herd from 1,000 to 800 at the same time to match ground availability, Dawid spoke to his unit and area managers about how it could be done without the use of a heat synchronisation product.

“When previous Karro herds moved from weekly to batch, its use had a negative effect on herd production. Working with my unit manager, our plan was to get to the three-weekly batch system over two parities by weaning a group of sows at five weeks, rather than four,” he said.

“After two parities, this gave us seven batch groups instead of 21 weekly groups, while serving the best sows, all coming on to heat naturally, and being able to cull out any poor producing animals.”

Dawid is versatile, too, offering to stay back at nights to put new dry sow feed troughs together and place them all in the paddocks when the area manager was struggling to get someone to do it.

He said he was delighted to win the award. “I am very proud to be Stockman of the Year. I work for a large company, with over 100 staff, all working on outdoor pig units, so to be chosen to represent Karro at the National Pig Awards is a big thing for me, and my hard work and effort has been recognised,” he said.

“As always, the biggest challenge in outdoor pig production is weather, and being in the North East of Scotland, it can be unpredictable.

“My goals for the future include progressing to unit manager and running my own Karro unit, always trying to achieve higher production and, who knows, I might be back at the awards in the future? The National Pig Awards is always an important date in the calendar for Karro, and this achievement helps to promote what we do.”